The land where DL Farms is located has been continuously owned by ancestors of Dave and Larkin Busby since 1865. Dave’s great-great grandfather, C.P. Anderson, immigrated from Denmark, fought in the Civil War, and then purchased the 168 acre plot of land to begin a new life for himself and his family.

C.P.’s farm was self-sufficient from the very beginning. He built a small log cabin and immediately began raising cattle, hogs, chickens, corn, oats, wheat, and barley. A large vegetable garden helped supply almost all the food he and his growing family needed. The small cabin eventually grew into a two-story, four bedroom farmhouse not far from the creek that supplied their water.

By the 1930s, however, the descendants of Grandpa Anderson had moved to St. Louis and beyond, leaving the farm in the hands of tenants.

The farmhouse, fields, fences, and pastures slowly began to decline. By the 1950s, the land was used mostly for the neighbor’s cattle as pasture while the slow creep of cedar, juniper, oak, and brush began taking over.

In 1982, Dave and Larkin were given the property by Dave’s mother if they promised to return to Missouri from Ohio where they had worked over 500 acres of organic farms and gardens for a Christian ministry. Upon returning to Missouri, it became evident that re-establishing the farm would have to wait. Life happens.

Today, much of what happens at DL Farms is modeled on the belief that healthy food creates healthy people.

We're Not Hiding Anything!

You’re welcome to visit DL Farms at almost anytime. We’re not hiding anything. Bring your cameras; visitors are welcome and mostly enjoyed! There’s almost always something going on, and volunteers are welcome.

All Our Business is Local!

All our business is local. We do not ship. If you want our meat and vegetables, come meet us at some of the local farmer’s markets, visit the farm or get in touch with us here.

Our goal is to pasture raise our livestock their entire lives. We believe this allows each animal to “express their physiological distinctiveness”, letting cows and chicken live like cows and chickens- not captives in pens and cages.

We Are What We Eat.

We believe there is a deeper connection between what a person puts in their mouth and how they feel- a connection that is not nurtured by a prepackaged amalgemation of refined starch, corn syrup, dextrose, and red dye #2.

According to Genesis, man's original job was to dress and keep the Creation. The words, "dress" and "keep" can be translated to "serve" and "preserve". Not letting a chicken see real daylight its entire life or feeding cattle dead cow parts (as encouraged by the United Sates Department of Agriculture which was an alleged cause of bovine spongiform encephalopathy, more commonly known as "Mad Cow Disease") are not what we believe serving and preserving our soil and animals should entail. 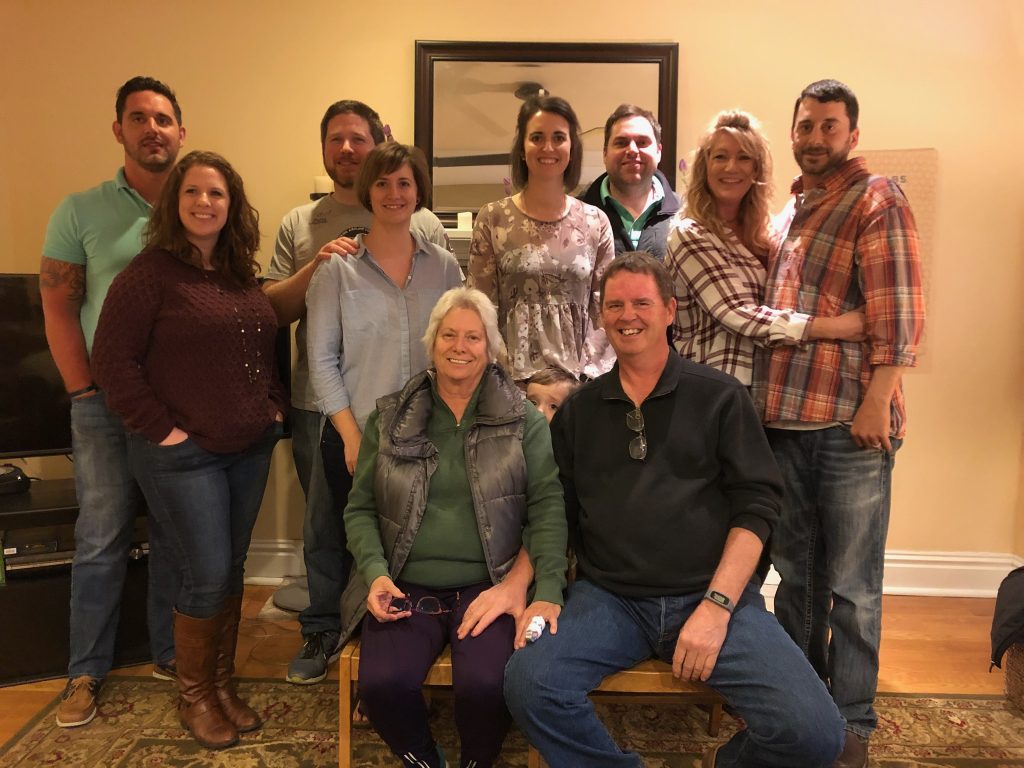 Dave Busby grew up in Missouri spending his summers at the family farm learning to love nature and farming. After four years in the Marines and a year of college in Emporia, Kansas, he began working as an organic gardener/farmer for a Christian ministry in Ohio. Working and learning under the tutelage of Mr. Ira Hearne, a pioneer in the organic food movement, Dave’s appreciation for farming and gardening grew with each passing year.

After five years in Ohio, Dave and his wife, Larkin, along with their growing family, moved home to Missouri. Their dream was to grow food in a way that respected the land and nourished the people who ate it. Along the way, however, life happened. Dave got a history degree and began a 25 year career teaching at the local school district in St. James, Missouri. Now he is combining his love for teaching with his love for farming and gardening to help others learn how to grow their own healthy, nutritious, living food.

Larkin was born and raised outside of New York City in Westchester County, NY. Since graduating from her liberal arts college in Kansas, Larkin has received an Associates Degree in Theology. After becoming a licensed minister in October 2001, she soon became a complimentary therapist in 1999, specializing in aromatherapy. Larkin opened a home office to provide oil treatments and alternative methods of healing to her surrounding communities.

Larkin has both trained in and worked for the Center for Aromatherapy within the fields of Research and Education from 2001-2004. She specialized in emotional trauma and releasing the past. She has also been known to teach a “Healing Oils of the Bible” seminar.

After learning the arts of ear candling (Certified 1999), hypnotheraphy (Certified 2006, Past Life Regression), and hypnosis (Certified 2009, Don Motton School of Hypnosis), Larkin was hired by Alternative Hospice to assist in the dying process of patients.

In 2009, she and her husband Dave moved to his family farm and became interested in helping people heal in another way- through healthy food and eating habits. The idea that “healthy food creates healthy people” has taken root in the animals  and organic produce they raise and sell. Her mission statement? In order for the body to heal,you have to find and address the physical, mental, spiritual, and emotional aspects of your life. They are all intertwined. Her goal is to give you the tools to balance them all.